All complete systems are built to order. Please allow at least 3-4 weeks for production (not including transit time).
If you are in need of a shorter lead time, please contact our office for assistance.
All small parts ship in 1-2 business days.

The history of soda is longer than you might think. The term “soft drink” is derived from “soda water”, dating as far back as 1798. Joseph Priestly invented carbonated water in 1767, when he first discovered a method of infusing water with carbon dioxide (CO2) by suspending a bowl of water over a vat of fermenting beer in a brewery in Leeds, England.

In 1771, chemistry professor Torbern Bergman invented another similar process, independently of Priestly. Suffering from poor health, he was trying to reproduce naturally-effervescent mineral spring waters which were thought by many civilizations at the time to cure diseases.

Now, carbonated water is made by passing pressurized carbon dioxide though water using a carbonator.

Until the early 20th century, soft drink creation and soda fountain manufacturing were handled primarily by local pharmacists because of their experience with chemistry and medicine. In 1835, the first bottled soda water was produced in the United States. As the local drugstore evolved into the central attraction in most American towns and neighborhoods, the pharmacist was integral in providing beverages that were part pharmacology and part refreshment.

Prior to 1914, all drugs were basically “over-the-counter” and so pharmacists would make concoctions of drugs like cocaine and caffeine (for treatment of headaches) and mix them into soda beverages to make them more palatable. This began to cause a negative outlook on soda fountains as people saw them as “habit-forming”. 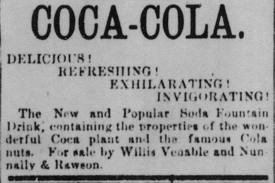 Root beer first entered the marketplace in 1876 and the first cola-flavored beverage was introduced in 1881.

Soda fountain beverages have come a long way since their inception. There a very few traditional drugstore soda fountains still around today, but every time you walk into a bustling restaurant or convenience store, there is sure to be a modern soft drink dispenser nearby.

The next wave of soda fountain innovation has been unveiled in the form of the Coca-Cola “Freestyle” beverage dispenser. It serves over 100 different beverages including traditional sodas, flavored waters, carbonated or non-carbonated beverages, energy drinks, etc. 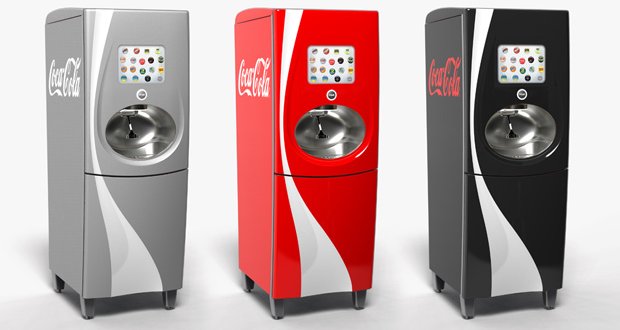